This is the Greatest Show ~ October 2018 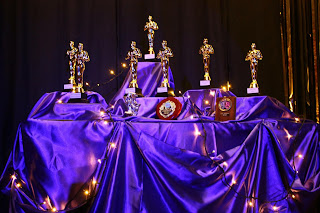 Back in October, we celebrated our bi-annual awards night and after many of our members fell in love with the film, the theme just had to be “The Greatest Show” in homage to The Greatest Showman.


The awards night is a fun celebration where we look back at the productions over the last two years having previously voted for our favourites in a number of different categories. Categories that include best and supporting actor/actress or best female/male newcomer. It isn’t all about the acting onstage, we also have three additional shield awards (the Grimwood, Wooderson and Davison award) that are awarded to individuals who have contributed to the group backstage or contributed above and beyond to the group that we want to celebrate and thank for their hard efforts. 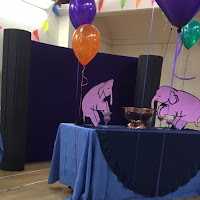 A helpful team of members decorated the hall with balloons, a drinks table and colourful bunting to create a twist on the circus environment. Traditionally, attendees receive a cocktail on arrival that links to the theme. Last year at our Casino Royale themed awards night, the obvious drink was a margarita - accidentally strong ones too! This year we were treated to a Pink Elephant. The drinks table was complimented by two cardboard cut out pink elephants that almost reminded us of the Pink Elephant Parade in Dumbo (You’d never know that the cutouts were made and decorate the night before/early hours of the morning!!) 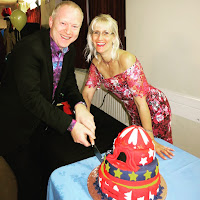 Entertainment was also on hand as well in between the dinner courses and awards. The opening number was headed up by the committee members who each dressed up as a wacky circus performer and it seemed only fitting that our chairman became the ringmaster. Our other cabaret acts included a beautiful rendition of ‘Never Enough’, a gymnastics and poi routine, a guitar solo and not forgetting the ATG anthem. It is always interesting to see the hidden talents that’s are buried within the group, some people are full of surprises. 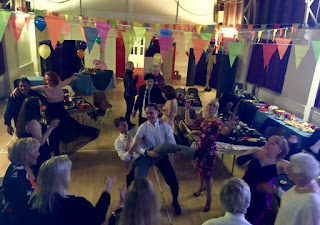 You would think that we would all be pretty tired after a delicious three course meals (which included a circus top cake that tasted amazing!) and all that entertainment and excitement, but it wouldn't be an ATG event without some dancing! As a typical ATG tradition, you can be sure of a couple of standard ATG favourites like Love Shack and Bohemian Rhapsody- we are a silly bunch sometimes!

The 2018 awards night was a pleasant success and we cannot wait for 2020 when we will have our next awards night!

Let us know if you have any questions at all, 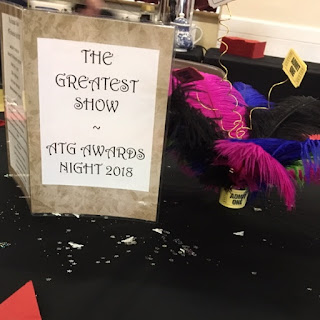