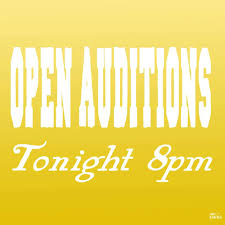 Throwing the blog into the social side of things - it’s been a busy couple of months for the group with various events in preparation for the upcoming show, ‘Happy Birthday!’ Which is to be directed by Peter (who previously directed our July 2018 production of ‘Relatively Speaking’) The read through of the play was held on a chilly January evening at our rehearsal but. It was well attended and the comical farce proved very popular among our members.

The first round of auditions brought us once again to the hit with a fresh set of committee members as our audition panel, pens at the ready. Our auditions are always super laid back and chilled, which we think makes them much less stressful! Unfortunately, the stress manifested in a slight technical hitch meaning another set of audition dates was required. 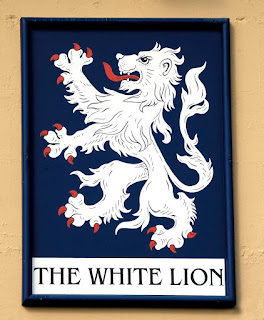 Nevertheless, our social secretary was on hand to be everyone involved and what better way to do that than with drinks in the pub! Seeing as it is our traditional after-rehearsal-on-Thursday activity, we headed to the local. (The White Lion- near the green in Warlingham) Admittedly, we did have to commandeer the sofas around the coffee table because it was just so busy! It was rather tight and cosy night, but we were a big group too. What we love about a traditional pub night is the simple fact that everyone talks to everyone - like an interchangeable circulating group! 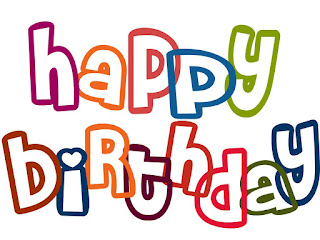 The pub drinks got us to drum up some interest in the second cycle of auditions which was uplifting enough to get a cast confirmed. The parts of Bernard, Brigit 1, Brigit 2, Jacqueline and Robert were filled and prepped to start rehearsals later on in April, which is bound to come around like the click of your fingers. And just to clarify, yes, there really are two characters called Brigit 1 and Brigit 2 :)

Fresh off of casting the next play, there was a new social event late-February, trying something new with a trip to a local Mediterranean restaurant called Med Kitchen (the original email was sent out late at the pub social and have ten responses within the hour, and counting.)  For a restaurant that is situated on such a small 'high street,' it's great to see that it's so busy despite opening early last year. The meal was absolutely delicious and the portions sizes were even better- ample even. Some of us might have take a little doggy-bag home to enjoy later! Hopefully the next restaurant we choose will be just as tasty. 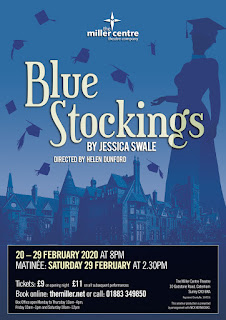 From the success of Med Kitchen, there was an unofficial social outing to attend the Miller Centre's performance of 'Blue Stockings,' to support one of our members in the production. It was a thoroughly enjoyable performance from an onstage and backstage perspective with over twenty various locations and scene changes occurring onstage. What hit home more to those who went was the surprising (and downright shocking) fact revolving around the women attending university back in the early 1900s - with the play specifically set in 1896 at Girton College, Cambridge.

Let's just say there was a murmured chorus of 'no!' among ATG-ers in attendance!